The Vatican in Rome is one of the most iconic and recognizable locations in Europe. It’s also quite unique as it is a City-State (and the smallest sovereign state in the world). The rich history that surrounds this city (and contained within it’s walls) draws millions of visitors a year.

To be honest, I would much rather spend my time in the mountains, but Rome is one of the few cities that I really enjoyed. The history is hard to match. The Vatican officially became a sovereign city-state on 11 February, 1929 by the Lateran Treaty. However it’s history dates back to the first century A.D. I must say that seeing the obelisk in the square baffled me a bit as it was taken from Egypt by Caligula. The baffling part is trying to think of how they transported such huge pieces of stone without damaging them. I actually ran into a few during my walks around the city.

I ended up wandering through these ancient streets for a few days with a ton of great photos. Overlooking the Tiber river with the Vatican in the distance, I had these amazing clouds come in at sunset. This was the penultimate image that I walked away with. It was featured as the photo of the day in National Geographic as well.

This image is available as a Fine Art Print in either Lumachrome Acrylic or ChromaLuxe HD Metal. I want to assist you in acquiring the perfect image for your home or office and handle all purchases personally. To order a print, or to inquire about options, please contact me via phone at 918-543-5867 or email. 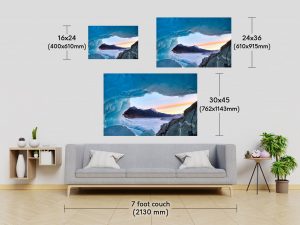 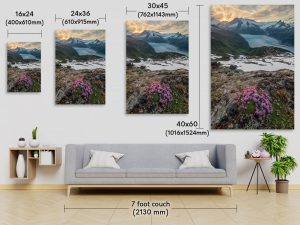